Sometimes the mighty look too big to overtake. Of course, going head-to-head with this is often a bad idea. Those with the strongest forces tend to win.

However, if something is to be taken down, the key is to start chipping away at it. The proverbial death by a thousand paper cuts comes to mind. It is in this manner that we see disruption.

That often looks like a major event. A company that is disrupted, one day suddenly topples over. It enters bankruptcy. The decline, however, started long before that. In fact, it usually takes place over years with nobody noticing.

This is an important characteristic because it is something that we could see taking place.

We are going to look at just some of the articles that came up in the last couple days. These links were not done from an in-depth search back over months. Instead they were right there with headlines popping out.

Much of this centers around censorship, abuse of power, and monopolistic tendencies. The upset is coming from governments, political groups, and user bases. In other words, it is widespread.

Let us take a look at some of the attacks being levied against the major technology firms. 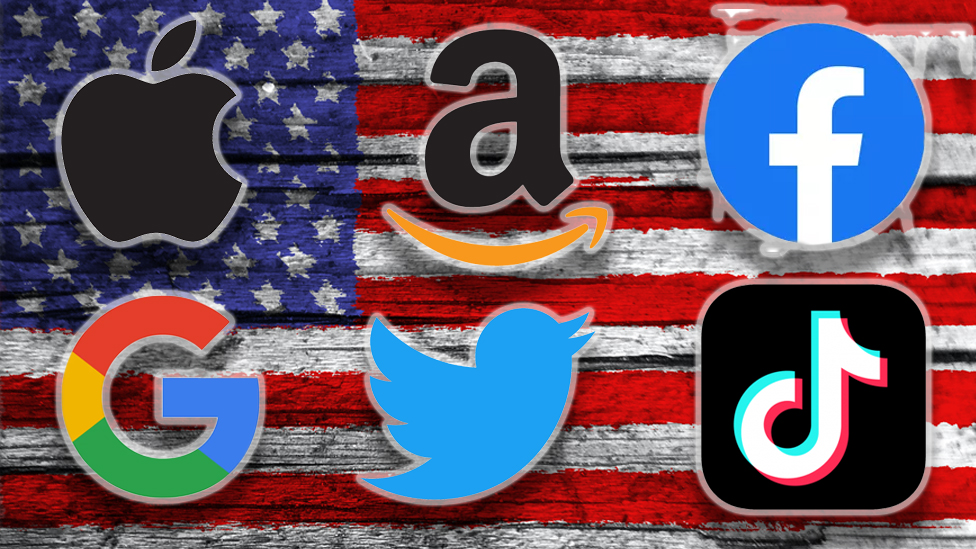 Reddit is garnering some attention by seeing many groups going private over what they are calling misinformation about vaccines. Obviously groups can do this but it is causing a bit of an uproar over censorship.

Facebook gets into the game with their change in political posts. This one upsets the right wing media.

Not to be left out, the left is also getting into the act. California is taking on Amazon for their practices towards employees. People are being fired by algorithms and the state is taking issue with that.

Texas is fighting back against Facebook and Twitter looking to pass a law against banning conservatives from their platforms.

Then we have Tim Cook and his wonderful love for humanity. Now it is coming out that Apple is doing all it can to discourage any discussion about pay equality. Amazing how Silicon Valley is all for equality and the rights of people until it is coming out of their pockets.

In addition to allowing employees to discuss their pay, Cook obviously does not like the idea of all “paying their fair share”. Apple is amonng the companies fighting the tax increases in the $3.5 trillion economic plan.

Speaking of Google, it appears their policies are not the same across the board. There are now claims that they are rather flexible depending upon the size you are.

We will finish off with Apple (again). They were surprised to see a backlash of 25K signatures against them scanning people’s phones. Imagine that the company was caught off guard at the response to its proposed idea of installing surveillance software on every IPhone. Maybe this shows how out of touch these companies really are.

Why bring all this up?

However, there is a lot attacking them. Considering what they are doing, there are plenty of areas of vulnerability. As they say, it is hard to defend all fronts. There is a lot of pressure starting to be exerted upon these companies.

Of course, this is all meaningless without alternatives. Presently, the battles against Apple and Google on their mobile platforms is really meaningless since people have no other options. Laws being passed might help but without a viable alternative, we are seeing limitations.

That said the smartphone is not going to be our main device forever. We are going to see new ways to access the Internet. Unfortunately, from what we can see so far, many of those are being developed by Big Tech also.

Those of us involved in the blockchain world on a daily basis are seeing some alternatives in development. This is vital going forward. The fact that social media companies are coming under fire presents an opportunity. There are open-source, decentralized systems being established. This will provide the opportunity for people to migrate away from these entities.

Web 3.0 is a big deal. This will cut into the power of these entities over time. Their centralization is actually a liability when other options are available. Plus, as public companies, they are under pressure to keep earnings up. A migration of even 5% of the user base causes the stock to get killed. That does not bode well for executives when that happens.

It is sometimes hard to see the war when mired in the trenches. There are a lot of battles taking place against Mega-Tech. We are doing our part to further the cause.

Ultimately, blockchain and cryptocurrency will overtake the present system. It is only a matter of time. We are seeing outstanding growth rates within the crypto world and our development is really just kicking into high gear.

The next couple years will see a lot more options presented to people. At the same time, the resources available to everyone who is involved now will be much greater. This will allow for the funding of even more projects that take on these companies.

We are at the onset of a major paradigm shift. With consistent action, we will start to see it unfold in the next year or two. These technology companies greatly benefited from the network effect. Now we are going to see it used against them as other options are developed.